Commonly misunderstood within the skin treatment /specialist professions, is the term Dermal Pigmentation, and it is appropriate that some clarity and thought to the subject be considered.

I have already published the basics on the topic of melanogenesis and want to reiterate that the formation of skin pigment is an Epidermal event NOT Dermal, and the melanocyte began its life during the embryonic stage at the neural crest. During those formative months the melanocyte move will move to those areas of the body where pigment is found.

There are 120 genes involved in this cell movement, and consequently the potential for 120 reasons why something could go wrong. An example of something going wrong is the development of a birthmark.

The melanocyte is genetically programmed before it leaves the neural crest, and it is this programming that determines the colour of the hair, skin, and eyes. Another fact for you to remember is that although we talk about melanocytes as one cell, there are several genres of that cell. For example, the melanocyte that colours our hair does not require exposure to UVR, unlike the cell that colours skin, which does.

Melanocytes will eventually settle in the lowest region of the epidermis (basal layer), just above the dermal-epidermal junction that separates the epidermis from the dermis. Typically, about one in every ten cells in this layer is a melanocyte, with a ratio of one melanocyte to thirty keratinocytes, which is the predominant cell of the epidermis. The association of melanocyte and keratinocyte have been called the “epidermal melanin unit”.

This discussion is about Dermal Pigment and I want to be very clear that the type of pigment I am referring to is NOT pigmented lesions such as simple congenital pigmented naevi, which in the simplest terms be referred to as birthmarks or moles AND are beyond our scope of practise. (Naevi (US English: nevi) are congenital or acquired growths or pigmented blemishes on the skin; birthmarks or moles. As examples, moles are melanocytic naevi).

Congenital melanocytic naevi are caused by localised genetic abnormalities resulting in the proliferation of melanocytes.

This abnormal proliferation is thought to occur between the 5th and 24th weeks of gestation. If proliferation starts early in development, giant and medium-sized congenital melanocytic naevi are formed. Smaller congenital melanocytic naevi are formed later in development after the melanoblasts (immature melanocytes) have migrated from the neural crest to the skin.
(Thanks to www.dermnetnz.org/topics/congenital-melanocytic-naevi/)

That is the question. To begin, we must have a short refresher on the areas of the epidermis and dermis that will be involved in the answer.
It is now established that if the PAR2 receptor within the keratinocyte cell membrane does not receive the melanosome, then it may become part of extracellular space, and be placed into the Dermal-Epidermal Junction. (DEJ) Read more here.

What is the Dermal Epidermal Junction?

(Basement membrane zone)
The Dermal-Epidermal Junction (DEJ) is comprised of three layers and made up of connective tissue that has many pockets and channels throughout (Like a sea sponge).

The connective tissue of the DEJ allows for the plasma containing nutrients, hormones, and oxygen seep up into the cell producing layers of the epidermis, and of course, permit the dispersion of waste back to the Lymphatic System within the dermis. Structures of the DEJ derive their origin from both the epidermis and dermis; The Lamina Lucida is on the epidermal side of the DEJ and primarily of epidermal origin, Lamina Densa in the middle and Fibro-reticular Lamina or Sub Lamina Densa is on the Dermal border of the junction. Keratinocytes are anchored into the Lamina Lucida by Hemidesmosomes, and the Dermis secured into the Fibro-reticular lamina by collagen type V11 anchoring fibrils of dermal origin.

The DEJ provides strength and integrity to both the epidermis and dermis and can withstand many of the tearing forces that skin undergoes on a daily basis.

Another contributor to the strength of the DEJ is the Rete Peg (Rete Ridges/Papillae) finger-like projections into the epidermis.

The Rete Pegs allow a greater amount of plasma containing nutrients, hormones, oxygen into the cell producing layers of the epidermis, by increasing the surface area of the epidermis.

What does this have to do with dermal pigmentation?

There are three points that must be understood.

1. It is into the Lamina Lucia that pigment carrying melanosomes become located if not received by the keratinocyte; accruing for many years in this location before it becomes visible at the surface- slowly building up in the small pockets and channels of the DEJ’s layers.

2. UVR stimulates melanogenesis, but also has a negative deteriorating effect of the connective tissue such as Collagen Type 1 of the dermis; by the increase in Collagenase Enzymes via UVA. (Matrix metalloproteinase enzyme MMP).
The increase in Collagenase (MMP1) linked to actinic ageing, is deterioration of connective tissue. Connective tissue supports all appendages within the dermis, such as the capillaries within the Rete Pegs/Papillary layer, and of course, the dermis supports the epidermis. This loss of support induces angiogenesis resulting in increased inflammation, erythema and vascular matting. Also, and it is important to note that when the supporting connective tissue of the DEJ deteriorates, accumulated pigment granules may filter down into the dermis.

3. Genetics contribute to dermal pigmentation because the skins that are in a high photo type 3 through to photoype 6 are high risk for pigmentation, vitiligo and keloid scarring. Each photo type comes with a risk; be it skin cancer or pigmentation.  Any of the skin conditions that have a propensity towards post inflammatory hyperpigmentation will be compounded by the higher photo type. See risk analysis matrix below.

So what sort of pigmented skin condition do we look for where these indications have occurred?

An anomaly could be called Dermal Pigmentation if there is a combination of genetics, high melanin and high vascular/erythema readings because connective tissue is involved at two levels: the DEJ and the supporting Connective tissue of the dermis.

If there have been years of accumulated melanin within the DEJ, it is logical to assume that a correspondently large amount of connective tissue damage has also accrued.

Weakening the connective tissue support (superficial fascia septa) of the microcapillaries and triggering inflammation and angiogenesis, which increases localised vascular matting and erythema. The vascular damage is always behind or adjacent a pigmented lesion so therefore not always visible, diagnostic equipment can give you this information enabling you to make correct modality choices.

There are some skin diagnostic devices available that have the ability to measure both melanin and erythema levels accurately.
It has been my experience that whenever I have received high melanin readings, I got correspondingly high erythema readings.
I began to ascertain over the years and included in my classes that whenever you get high melanin readings, you always get correspondingly greater erythema, especially with MSH Cascade (Melasma).

Part of the reason dermal pigmentation is so difficult to resolve with clinical services directly linked to the length of time the pigment has been visible and how long the leading cause was involved in the formation.
For example, if the cause of MSH Cascade was found to be many years of oral contraception medication and sun exposure you could assume that dermal pigmentation was a result. If this is combined with photo type 4 to 6, then the chances are compounded. If however, the MSH Cascade pattern of pigmentation was linked to pregnancy and care was taken to avoid sun exposure during and post pregnancy, the pigmentation may resolve with careful treatment and sun protection over time.

This skin condition is an example of a predisposition towards pigmentation because of genetics, combined with inflammation and UV exposure during the wound healing processes.
The injury could be an insect bite, excema and photosensitising medication such as steroid creams, or acne all resulting in Post Inflammatory Hyperpigmentation.

Solar lentigines, arise in middle age and also result from extensive sun exposure. They are most often found on the halo of the face and backs of hands. Lentigines tend to persist for long periods and don’t disappear in the winter (though they may fade). The correct term for a single lesion is solar or actinic lentigo.
I very often call this anomaly pre-solar keratosis and always have them checked for squamous cell carcinoma or basal cell carcinoma. Lentigines are common in those with fair skin but are also frequently seen in those who tan easily or have naturally dark skin.

Diagnostic equipment will not do a skin analysis for you.

However, their use confirms your analysis or raises a question in your mind that makes you investigate further.
There has been discussion over the years of being able to discern dermal pigmentation under woods light mode. However, myself personally won’t make the assumption that I can discern the difference and prefer to use the comparatives I have given you above.

Diagnostic equipment comes in many forms, and most use a variety of light modes (or sources) and magnification.
The examples in this article are imaging from the Pastiche PDM device, Canfield’s Visia and Sylton’s Observ.

Using these light modes teaches you to notice that some anomalies look the same.
This image barely shows any visible pigmentation, but does indicate thin skin density and diffused redness.

When the same image is viewed under True UV it shows that pigmentation has similar colours to thin skin density and diffused redness.
It is only with practice and continually comparing back to the Daylight mode do you start to see the differences.

To help communicate your analysis to clients, one of the newer light based diagnostic modes known as predictive or complexion analysis is particularly useful. An example is shown below.

We see here the small regular pattern of ephelides confirming that there may be red hair in the genetic history.

Red hair appears most commonly in people with two copies of a recessive allele on chromosome 16 which produces an altered version of the MC1R receptor (Melanocortin 1 receptor), increasing the risk for skin cancer.

I have listed three indications that can be referred to as Dermal Pigmentation.

The objective of this blog is to once again raise the awareness of teachers, educational bodies, distributors and therapists within the medical and skin treatment industry of how teaching incorrect or redundant information results in a knowledge base that has no relevance to the times.
All three of these conditions are difficult to resolve and this challenge should be your indication to consider Dermal Pigmentation may be what you are analyzing.  Use diagnostic equipment that measures both melanin and erythema to confirm your analysis; if both numbers are high in comparison to other reference numbers, chances are you have Dermal Pigmentation. FBH

Want to learn more about pigmentation? Enrol for our A-Z of pigmentation course at the link here. 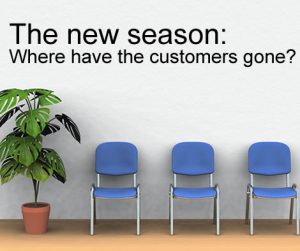 The new season: Where have the customers gone?

Beginning business and trading for the New Year comes with challenges and without planning, you may find holes develop in your customer record system. Many 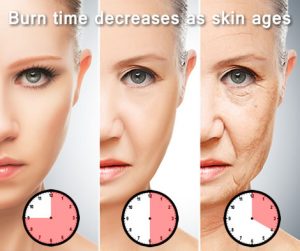 Observation of skin over 35 years has shown me that the original burn time that a skin could tolerate when young becomes shorter with age,